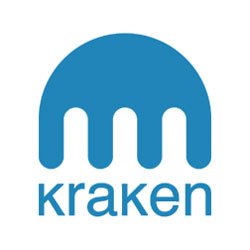 This review will cover the background of the company Kraken. It will measure if it is a secure cryptocurrency exchange platform. It will discuss the way this company has built its reputation among the leading five international cryptocurrency platforms.

According to their website, Kraken is the widest and most comprehensive Bitcoin exchange in terms of euro capacity and fluidity. Kraken was established by Jesse Powell in the year 2011. Jesse has a degree in Philosophy from California State University in Sacramento.

The company caters to users in the whole of North America, except New York. The company headquarters are located in San Francisco. It does not serve New York because of the BitLicense. When it comes to basic starting services in the company, anyone can use it. Examples of these may be price charts or statistics. It has become the second largest cryptocurrency platform in the word, last January 2017.

Investors such as Blockchain Capital, Money Partners Group, and Digital Currency Group were able to raise $6.5 million in capital ever since its three rounds of funding from various investors. In acquisition, it has also finished such as various crypto market visualization services including Bitcoin exchange Coinsetter, Cryptowatch, and Dutch exchange Clevercoin.

When Mt. Gox was declared bankrupt, representatives of the closure chose Kraken as the platform where claimants could apply to retrieve lost resources.

The Advantages of Using Kraken

The Disadvantages of Using Kraken

The mobile application for the iPhone launched by Kraken in September 2014 was not received well. Although users compliment the smoothness of the mobile version of the company, they have issues with the app not working. It has a low rating of three (3) in the app store.

Since the interface of the website may be vague and puzzling, many beginners choose not to use Kraken. Nonetheless, users who are well versed in the industry don’t seem to have any complaints about the website platform.

Who are the people who use Kraken? When it comes to ranking, Kraken comes in after Coinbase, in website traffic measurement. This is based on similarweb.com. Yet, amongst the top five international cryptocurrency exchanges, Kraken has the highest percentage of mobile use at 38.46%. Every single one of the others obtain less than 27% of their traffic.

According to CoinMarketCap, Kraken is ranked between the fourth and sixth highest exchange.

Compared to other major exchanges, Kraken has the lowest fees. Kraken only charges 0.09€ for a withdrawal of Euros, through SEPA bank transfer. That’s quite remarkable when compared to the large 10€ normal fee that business banking institutions ask from their clients. Kraken did well.

The fees typically vary from the account tier one has. The higher the tier and the volumes involved, the fewer fees you pay. These are measured as percentages of trade volumes. They vary between 0% and 0.26%. Kraken charges fees from the buyer and the seller. The buyer in a trade has to pay more than the seller.

The charges also depend on the currencies. When cryptocurrencies are paired, it earns fewer fees compared to one that trades fiat with cryptocurrency. Customers are also charged a fixed processing fee that is $60 per page for paper duplicates of transactions.

Creating an account on Kraken is just like making one on the usual online platforms. The company has included additional features on the page for signup for enhanced security in account creation. It also has a Know Your Customer (KYC), as well as, Anti-Money Laundering (AML) necessities from US controllers.

Step One: In signing up, you need to enter your email address and generate a password. The password must be at least eight characters including letters, numbers, along with special characters. The choice for PGP (Pretty Good Privacy) public key is also presented. This is for extra security when sending out emails.

You are also asked to come up with a master key, which adds a second layer of security to your account. It has a two-factor (2FA) login protection. This is particularly handy when altering passwords or changing devices. The master key may be a keyword, a Yubikey password, a Google authentication or public/private key pair. The master key is different from your other login identifications.

Step two: Activation of your account comes in second. You will get an email, which has an activation key that you then input into a second form. After accomplishing this, you can have access to your account. The method is smooth and easy too. It takes roughly about five to ten minutes.

Unlike Mt. Gox or Bitfinex, Kraken has never experienced a major security incident. However, in July 2016 many users have reported that their accounts have been hacked and their funds to be taken. In a later report by Kraken, they stated that most of the affected users were unable to use the two-factor login protection.

Even though Kraken gives their clients public addresses when depositing cryptos to accounts, they have the private keys to those addresses. If you plan on using this site to exchange cryptos, you need to trust them in making sure that your cryptos are protected.

Kraken has five levels or types of accounts when you sign up. After joining, you get a tier 0 account. The differentiation between the types is basically the maximums on fiat and cryptocurrency deposits and withdrawals monthly.

There are also various structures for fees in the different tiers. The advanced account tier, have lower fees charged per trade. It was discovered moving up to a higher level was quite easy.

In this tier, no fiat or crypto fund withdrawals or deposits are allowed. All you can do at this level is to view price statistics and trading charts. To get the services and overall experience of Kraken, you need to reach the tier 1 account.

In a tier 1 account, you can now withdraw and deposit cryptos. Limits on daily deposits are unlimited. But in making withdrawals, no more than $2,500 worth daily and $20,000 per month is allowed. Tier 1 also permits trading among different cryptocurrencies, but when it comes to cryptos and fiat currencies, it is still forbidden.

To get upgraded to tier one, your profile needs to be updated. Your full name, your date of birth, telephone number and country is needed. Three days may be needed for verification. It can take longer for those outside Europe, North America, and Japan.

To be able to advance to tier 2, your postal ID is needed. Similar to tier 1, you may need to wait for a few days for it to be approved.

A government-issued ID is needed to advance to tier 3. The presentation of a utility bill within three months is needed for the verification of residence as well. For those living in the US, a social security number is also needed.

A photo ID is also included as a confirmation. In doing this, you need to hold the ID you submitted for verification, along with a signed note with a date. The note should read: “Only for digital trading currency on Kraken”

These are Kraken substitutes that seem parallel when it comes to effectiveness and reputation: