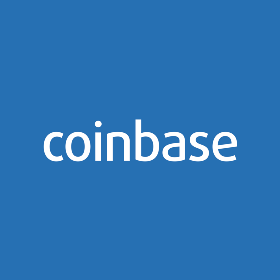 Let’s be honest, not everyone has read a Coinbase review that completely inspects the business practices of the San Francisco-based company. You may have checked this page being unsure about how credible and secure the world’s largest bitcoin exchange could be. I hope that this article can provide the necessary information that you need to self-evaluate Coinbase.com. After reading this article, you should be able to decide whether they’re worthy of your hard-earned money in trade for the world’s most revered cryptocurrency.

A Quick Coinbase Review to Bring You Up to Speed

Coinbase was established by Brian Armstrong and Fred Ehrsam in 2012. Its reputation rests with its presence in 32 countries across the globe- especially on their largest customer base in the USA, UK, and Brazil.

Interestingly, Coinbase invited Vitalik Buterin for a chat. They almost give him a job on their team. This didn’t take place because Vitalik went on to make Ethereum early the next year. It seems the exchange has always had a good view of the applications and potential of Ethereum.

To give you a real picture of Coinbase’s popularity, let’s take a look at its visitor statistics in 2017. First of all, monthly visits have been rising; there has been a 20% monthly increase as of late February 2017. This rate means 11.5 million monthly visits to be exact. You might think that this is due to the current bull market- well imagine this: no other bitcoin exchange has been increasing so fast in the present times. The largest traffic comes from the USA at 45%, followed by Brazil at 9% and the UK at 4%. As of March 2017, GDAX daily volume signifies 15% of the bitcoin total volume.

It appears that it could keep up with its rival Blockchain, as the former now have 12 million cryptocurrency wallets kept by customers. Additionally, about 45,000 merchants utilize the platform to process their payments and 9,000 developer apps have been made on the API.

To conclude our Coinbase review, this exchange has made quite a solid following despite being a new player in the industry. This shows why a lot of users use the site for long-term dependability.

I would like to advise readers that it’s unwise to keep digital currency portfolios in an online-wallet system. Although it’s the most secure exchange for buying and selling but this isn’t realistic when it comes to long-term storage strategy.

If you’ve tried using Coinbase: Buy/Sell Digital Currency, let me know your experience in the comment section. You can also share your thoughts on the review.